Popular yoga practices; from Asanas to Ashtanga to Acro

In today's fast-paced, frenzied society, increasing numbers of stressed out individuals are shunning their slick, mirror-tiled high-tech gyms to pursue yoga as a form of exercise. Not only does yoga produce a cardiovascular workout, but it can help to reduce blood pressure, heart disease, depression and stress as well as improving focus and concentration. And did we mention fun? Yes, yoga is a lot of fun. Holidays with yoga classes are proving more and more popular, especially as they help to enhance a holiday's wellness element.

In today's fast-paced, frenzied society, increasing numbers of stressed out individuals are shunning their slick, mirror-tiled high-tech gyms to pursue yoga as a form of exercise. Not only does yoga produce a cardiovascular workout, but it can help to reduce blood pressure, heart disease, depression and stress as well as improving focus and concentration. And did we mention fun? Yes, yoga is a lot of fun. Holidays with yoga classes are proving more and more popular, especially as they help to enhance a holiday's wellness element.

Yoga is a five thousand year old spiritual practice that originated in India. The word "yoga" is derived from the Sanskrit word "yuj" which means "to unify" or "to yoke." The practice of  yoga seeks to "unite" your body, mind and spirit, allowing you to connect with your inner self, leading to a sense of contentment and tranquility. And we have all heard how a healthy mind promotes a healthy body…The Western population's thirst for holistic health practices has led to the evolution of yoga away from its more traditional forms into a dizzying array of forms that incorporate elements such as  heat, acrobatics, Thai massage, dance and nudity.

But with such a variety of practices to choose from, where does a yoga newbie start? 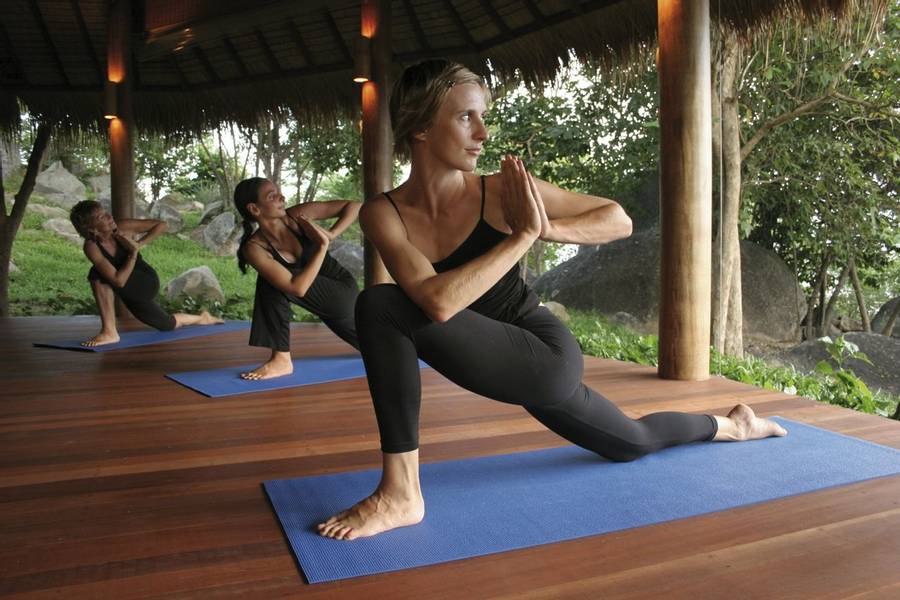 Hatha yoga is the most popular form of yoga from which several of the styles described below originate. The word "hatha" comes from the Sanskrit terms "ha" meaning "sun" or, masculine energy, and "tha" meaning "moon", or feminine energy. So, Hatha Yoga represents the uniting polarities of the universe and the body to bring about balance. Hatha yoga uses postures (Asanas) and conscious breathing (Pranayama) in combination with mental focus to develop awareness, strength, flexibility and relaxation.

Hatha Yoga has six major movements that are easy to learn, and is likely to be the best sort of yoga for a yoga newbie, as all the movements are slow and measured; so not ideal if you are looking for something a little more fast-paced. It will show you the fundamental types of poses that are also used in many other forms of yoga if you intend to move onto these at a later date. 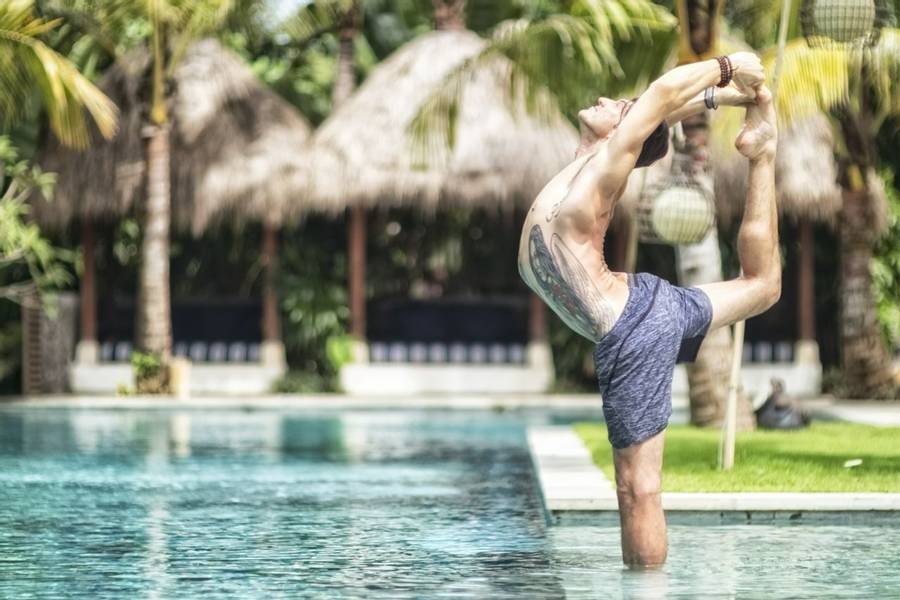 Bikram yoga, also known as "hot yoga" is named after its Bentley driving, speedo sporting founder Bikram Choudhary. It consists of a series of twenty-six posesand two breathing exercises performed in a heated studio of over 100 degrees Fahrenheit. Each class lasts ninety minutes during which you will furiously sweat, drip and wipe. Although the first few classes will be exhausting, you will only need a few classes of Bikram yoga to feel the immediate benefits: tighter abs, tighter arms and a leaner silhouette. The heat helps to  promote a deeper stretch and prevent muscle strain or injuries caused by over-exertion. Over the decades, Bikram yoga has claimed to heal all kinds of ailments through the mental stamina developed though the practice; it aims to restore health, stimulate every single part of the body and to restore normal blood circulation. Some also turn to Bikram Yoga in order to lose weight. As one of the fastest growing practices in the West today, it is popular with athletes such as the Williams Sisters, the New York Yankees as well as high-powered city types. 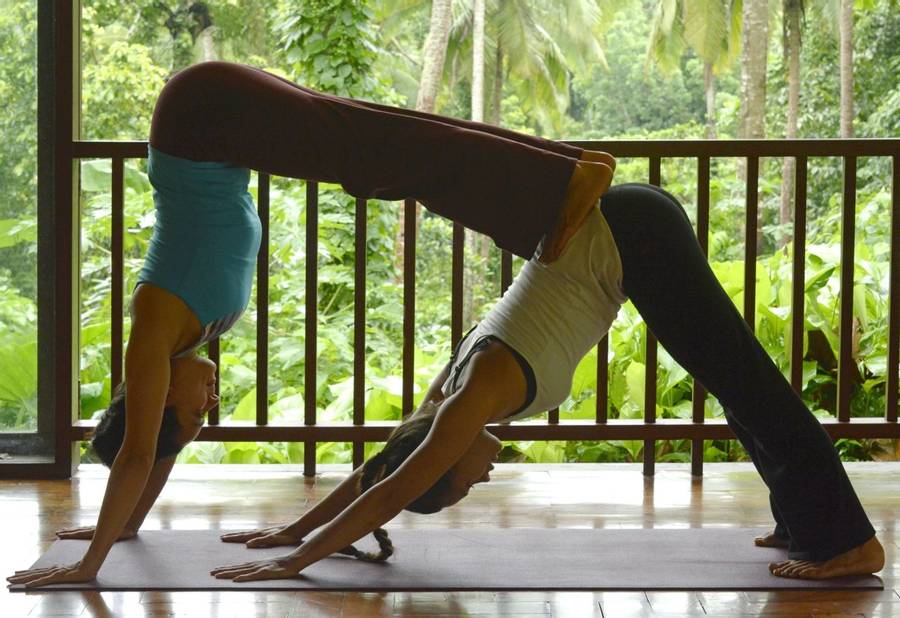 For the energetic and more adventurous types, Acro-yoga combines a traditional yoga practice with acrobatics and Thai massage.  Best done with a partner (and one that you know well!) it uses the core forces of gravity and natural resistance, making this practice perfect for those who are seeking to develop greater flexibility and strength than that offered by more traditional forms of yoga.

Acro-yoga sessions are conducted in pairs: one partner lies on the ground, acting as a stabilising base while the other balances on their feet and adopts a variety of Asanas, ranging from Sun Bird to the more impressive Flying Folded Leaf. The pairing ensures that the core muscles work a lot harder to maintain any one position. Its aim is to develop trust, connection and playfulness with yourself as well as with others. Acro-yoga is suitable for the daring yoga newbie although it is advisable to go with someone you know!

It doesn't take two to Ashtanga 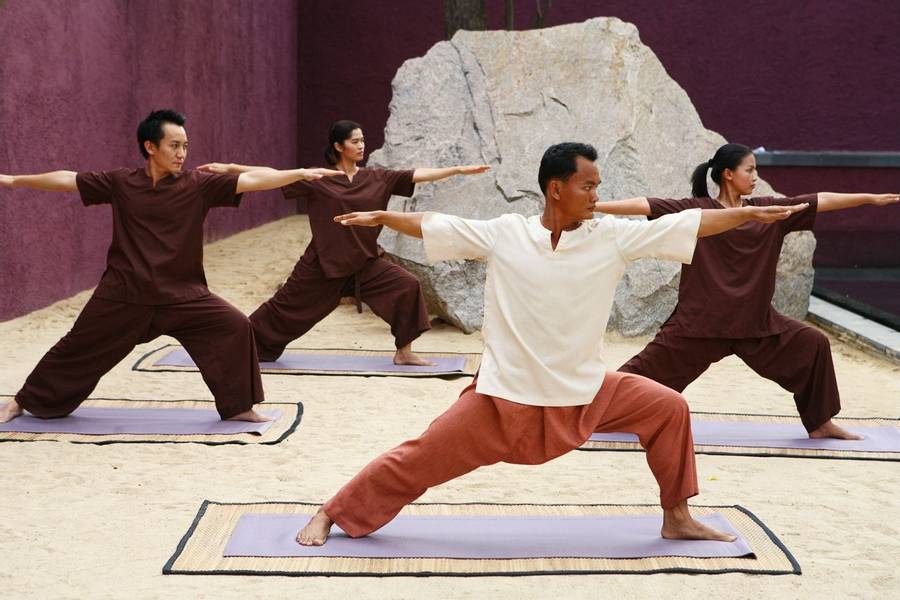 Often described as a moving meditation, Ashtanga yoga is a vigorous form of yoga designed to build muscular strength. It is geared towards mastering breathing techniques by producing an intense internal heat (usually within fifteen minutes) by synchronising movement with breathing while performing a set sequence of postures. The heat cleanses the blood, allowing it to circulate more freely. Improved circulation removes toxins from the internal organs while the sweat generated carries the impurities out of the body.

Ashtanga yoga has eight major steps that are done in a relatively fast manner. For each posture there are a fixed number of breaths and movements into and out of the posture. Since the practice is quite high-energy, as well as being physically demanding, it will appeal to those looking for a physical challenge without the acrobatic element. The yoga newbie is advised to attend a beginners yoga class before embarking upon the Ashtanga series. 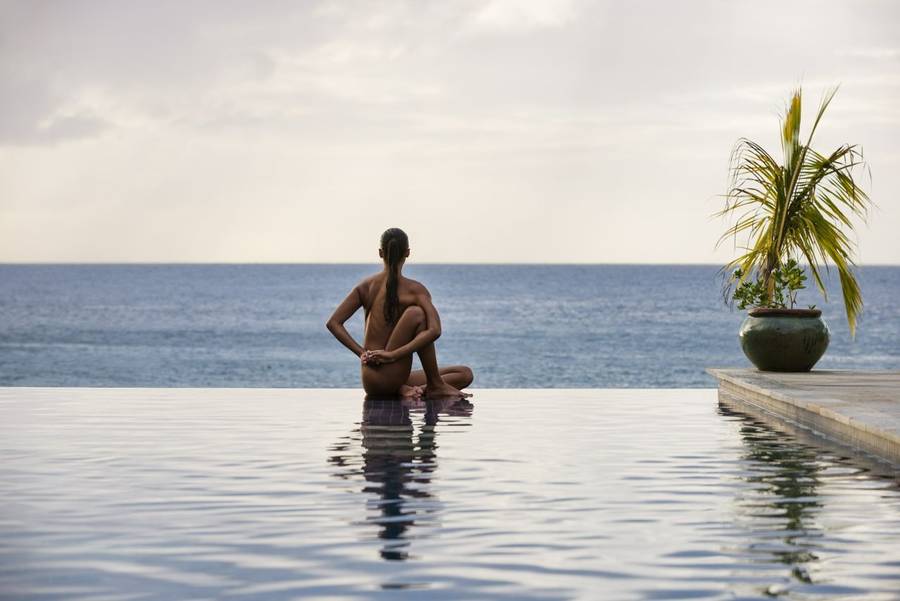 Finally, for the ultimate union of mind, body and spirit, there is Naked, or, Nude Yoga: a practice that originated in the US from the sixties. So why naked yoga? Super adventurous yogis (not this one!) say that it helps to deepen their yoga practice, encourages ultimate appreciation, acceptance, and love for their bodies, and also builds intimate bonds with the people in their yoga class. The shedding of clothes represents the shedding of layers we often hide behind, inviting us to move deeper in to who we are, rather than under the restrictive labels we live with most of the time. The type of yoga practiced varies from class to class, but usually involves the more basic forms of Hatha yoga. Classes are often offered exclusively for men or women, but some studios also offer classes geared for couples.

Talk to one of our Travel Specialists on 0203 397 8891 or contact us here to discuss tailor-making your perfect healthy holiday.